The Lectionary Comic Strip
Read the scripture at the end of the strip.

Agnus Day appears with the permission of www.agnusday.org. 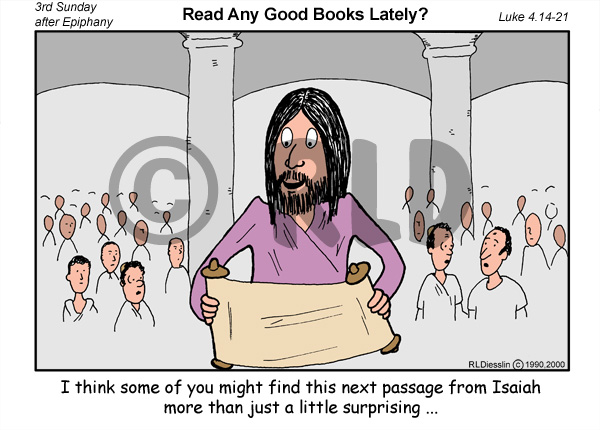 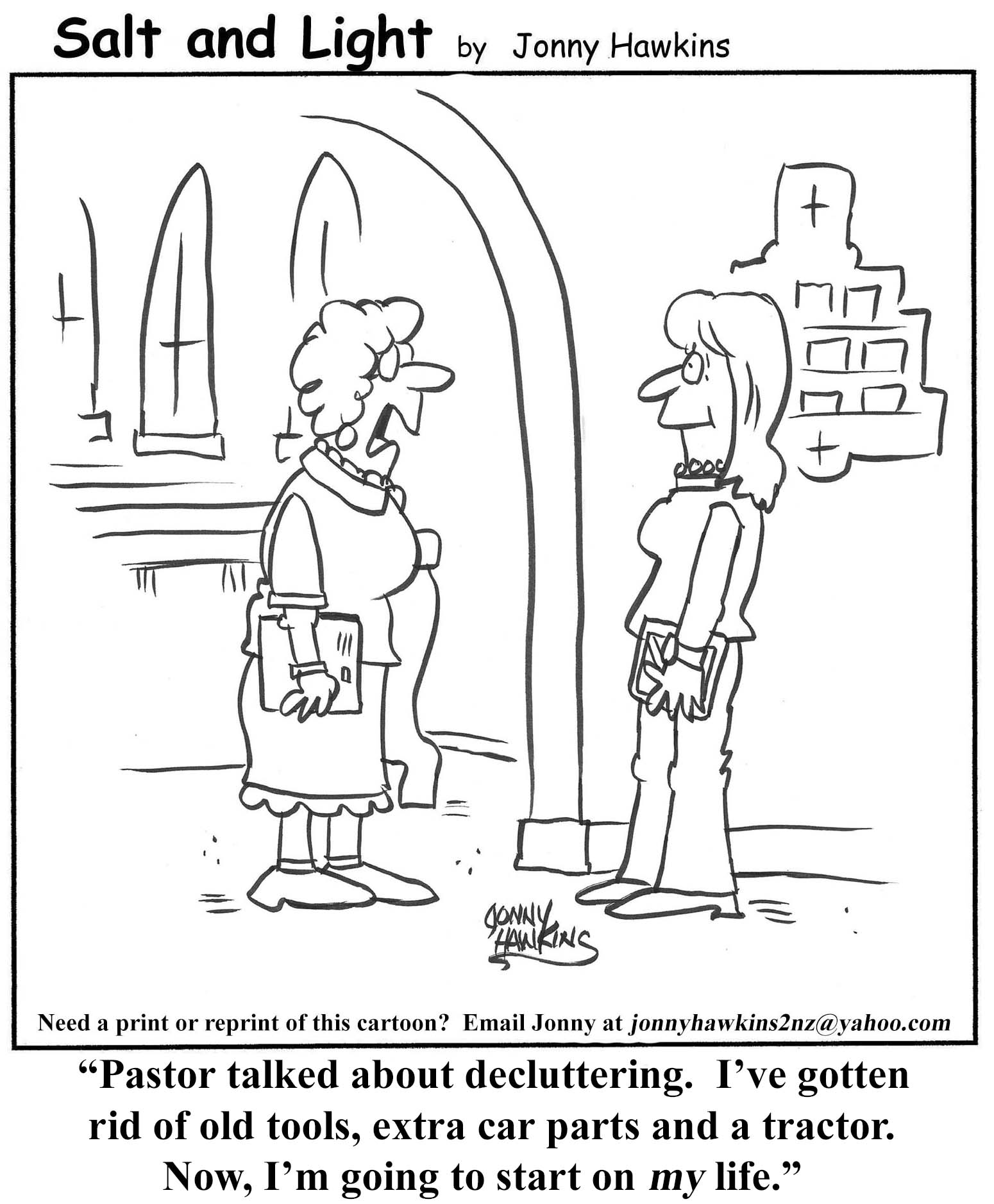 Old Preacher Joke of the Week

An elderly woman had just returned home from an evening church service when she realized there was an intruder in her home. Seeing that he was in the act of robbing her home of its valuables, the lady yelled “Stop! Acts 2:38!”
Hearing her, the burglar stopped dead in his tracks and stood motionless. The woman calmly called the police and explained what was going on.
As the officer cuffed the man to take him in, he asked the burglar, “Why did you just stand there? All the lady did was yell a Bible verse at you.”
“Bible verse?” said the burglar, “She said she had an ax and two 38’s!”

Q. How do we know Peter was a rich fisherman?
A. By his net income.

Verse of the Day and Bible Search

SPCC is now a choice for your Amazon Smile Charitable donation!

Amazon donates 0.5% of the price of your eligible AmazonSmile purchases to the charitable organization of your choice. Please select Shepherd Park Christian Church as your Amazon Smile charity or use this link, https://smile.amazon.com/ch/53-6015430, every time you shop, and a donation will be made to SPCC!
Here's how you connect your Amazon Account to Amazon Smile and your charity!